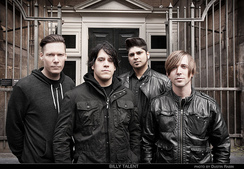 Billy Talent is a Canadian punk rock band from the Meadowvale and Streetsville areas of Mississauga. Undoubtedly, one of the biggest bands to come of Mississauga, they have grown from four insecure students pursuing an unlikely dream, to international rock stars with multiple Juno and Much Music awards and nominations. They formed in 1 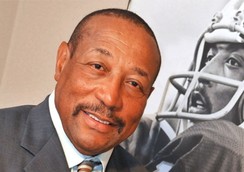 ​After completing an undefeated record in high school in Portsmouth, Ohio, Chuck Ealey received a football scholarship to the University of Toledo. While obtaining his degree in Business Economics, Chuck was quarterback for the UT Rockets and led the team to a 35 – 0 college record. His record as the ‘Perfect College Quarterback’ stands today.

Despite his perfect record, Chuck was passed over in the National Football League draft and left the U.S. to persue his career in Canada. In 1972, Chuck quarterbacked the Hamilton Tigercats to their Grey Cup Championship, and was awarded Most Valuable Player. He played 7 years in the CFL with Hamilton, Toronto and Winnipeg. He sits on the board of the Living Arts Centre and was vice-chair of the Mayor’s Task Force on Sport, among other community activities. Ealey was inducted into the Mississauga Sports Hall of Fame in 1989. 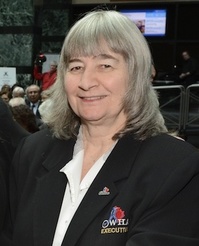 No person has worked harder to develop the game than Fran Rider, who established the Ontario Women’s Hockey Association in 1975 and is still the guiding force behind what was then the only organization in the world dedicated solely to women’s and girl’s hockey. Fran Rider became the first builder of women’s hockey to be inducted into the International Ice Hockey Federation’s Hall of Fame when she received the honour earlier this year in Prague. 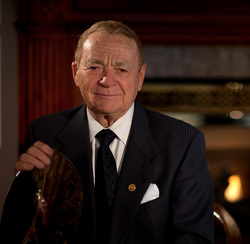 ​Iggy Kaneff has created an enormous legacy and is truly a Mississauga success story! Arriving in Canada in 1951 from Bulgaria with virtually no money, he has built a successful empire through hard work and a commitment to his vision of building quality homes. This has led to the development of many apartment buildings, retail plazas and office buildings throughout Mississauga and six beautiful golf courses in southern Ontario. But Mr. Kaneff’s devotion as a community leader is most recognized as a philanthropist. Ignat Kaneff is widely respected, and his pioneering attitude has benefitted Mississauga and its citizens for many years. 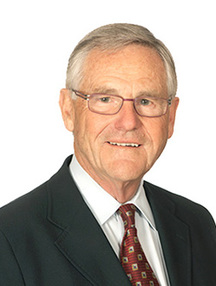 Robert “Bob” Gillespie, Retired, Chairman and CEO of General Electric Canada Inc. was the catalyst that started the development of the area that is now commonly known as “Pill Hill” in the north-west Meadowvale quadrant of the city. In the early 1980’s, he was able to convince his peers at General Electric that the Canadian head office for the company should be located in these farmer’s fields because of its strategic location. The rest as they say is history as a large number of other fortune 500 companies followed suit. Mr. Gillespie is the epitome of how a socially responsible CEO should operate his organization and the City of Mississauga is a better place because of these characteristics. 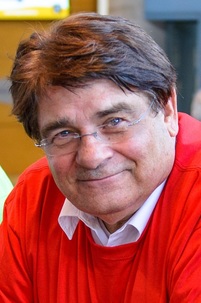 Ron Lenyk, whose penchant for giving back to the community made him Mississauga’s “king of volunteers” was described by political leaders and community activists as one of Mississauga’s most influential business leaders, community advocates and committed volunteers. The longtime publisher of the Mississauga News went on to become CEO of the Living Arts Centre, Mississauga’s prime entertainment complex in 2011. His community work touched every sector of life in Mississauga and he was recognized on many occasions for his passion and commitment to numerous organizations including induction into the Mississauga Sports Hall of Fame this year. Ron Lenyk died on September 14th 2015 at age 68 after suffering from heart failure several weeks earlier.