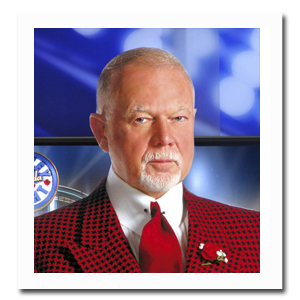 Donald Stewart “Don” Cherry is a commentator for CBC Television and a retired professional hockey player and NHL coach. Cherry co-hosts the “Coaches Corner” intermission segment (with Ron MacLean) on the long-running Canadian sports program on Hockey Night in Canada. Nicknamed “Grapes” he is also known for his outspoken manner, flamboyant dress, and staunch Canadian nationalism. He was also responsible for bringing an OHL Jr. “A” hockey franchise to Mississauga in 1998 called the Mississauga IceDogs. 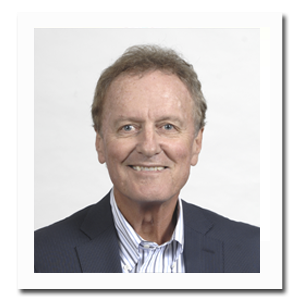 Elliott Kerr is the President of Landmark Sports Group Inc. in Mississauga, a sports and event promotion company which represents some of the top Olympians and elite athletes in the country. He is also the owner of the OHL’s Mississauga Steelheads Jr. “A” hockey club who play out of the Hershey Centre. Before purchasing the Steelheads in 2012, Kerr was also part owner with Don Cherry of the Mississauga IceDogs and owner of the Mississauga Twins, Intercounty Baseball League team. In 2004, he brought the Mississauga Marathon to Mississauga, one of Canada’s largest, which hosts thousands of runners from around the world for its seven challenging courses. The race is a qualifier for the Boston Marathon. Always on the move and looking for business opportunities, Elliott has received approval from the CRTC to open an AM talk radio station in Mississauga. Plans are underway for the launch of this station in 2015. Kerr was inducted into the Mississauga Sports Hall of Fame in 2013. 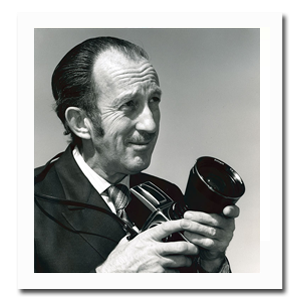 George Hunter was a Canadian documentary photographer who spent seven decades capturing industrial and landscape scenes on film. Some of his main stylistic features was the use of aerial photography, since he was also a pilot. Likely his most high-profile work appeared in TIME magazine in the mid 1950’s. Three of his images have graced Canadian five, ten and fifty dollar bills. He was one of the first photographers to be accepted into the Royal Canadian Academy of the Arts and is a founding member of the Canadian Heritage Photography Foundation. 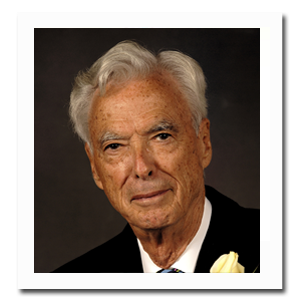 Harold Gordon Shipp assumed the leadership of the Shipp Corporation in 1968 and built a remarkable Mississauga-based family real estate business. The name “Shipp Built” has always been synonymous with the highest levels of trust, integrity and quality since 1923. He was also a long-time General Motors dealer and a leading standard-bred horse breeder and owner. Harold was a person of extreme generosity who contributed significantly to Trillium Health Partners in Mississauga and many other charitable causes. 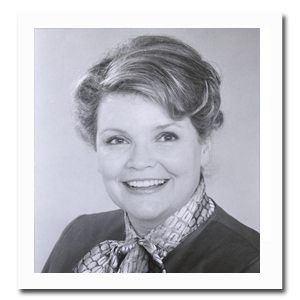 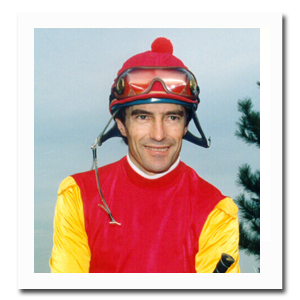 Jockey Sandy Hawley’s career spanned 31 years from 1968 to his retirement in 1998. He had 31,455 mounts, garnering 6,449 wins and won 18 riding titles at Woodbine Racetrack. In the U.S. he led all jockeys in victories for the years 1970, ’72, ’73 and ’76. In the 1973 season, he became the first jockey to ever win 500 races in one year, breaking Bill Shoemaker’s record. Sandy Hawley had career earnings of over $88.6 million and was one of the most successful jockeys of his generation. He won the Lou Marsh Trophy in 1973 and 1976 as Canada’s top athlete and was decorated that same year with the Order of Canada. In 1986 he was inducted into the Canadian Horse Racing Hall of Fame He is also a member of the U.S. National Museum of Racing and Hall of Fame and Canada’s Sports Hall of Fame. Mississauga inducted Sandy into their Sports Hall of Fame in 1993.